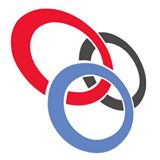 1. How to create base table block or control block based on a procedure?
Find more information @

2. Is it possible to change the base table block to different one dynamically?
Yes,By using Ref cursor(Creating form based on Procedure)

3. What is bulk insert and what other operations you can perform using bulk feature?

Ans:
Reads rows from a source table using BULK COLLECT and LIMIT, then puts them in another collection (presumably with a different layout structure), then loads them to your destination table.

end_time := DBMS_UTILITY.get_time;
DBMS_OUTPUT.PUT_LINE ('Bulk Insert: ' || TO_CHAR (end_time - start_time));
COMMIT;
END;
4. How can you force a query to use any index?
ANS:By using Index column in where condition
5. What is the difference between bad file and discard file?
Bad file:  The bad file contains rows that were rejected because of errors.  These errors might include bad datatypes or referential integrity constraints.
Discard file:  The discard file contains rows that were discarded because they were filtered out because of a statement in the SQL*Loader control file.
6. What is the difference between Request Set and Request Group?
A request SET is a logical grouping of concurrent requests into one set, so they can all be run at once by submitting one request. It is mostly used for convenience, so that requests that are commonly run together can be submitted together. Request sets can be created by any user that has access to the Define Request Set form.

7. What is the difference between KFF and DFF?
Ans:
Which builds unique entity identifiers.
It is used to capture the company key information.
KFF's data are stored in the segments.
KFF's 30 segment columns are reserved for KFF's(but it is not mandatory It is based on the requirement).

DFF - Descriptive flex field
To sore the additional information.
It is used to capture extra info from end user without changing form code and without altering database table.
DFF's data are stored in the Attributes.
In apps 15 attribute columns are reserved for the DFF's data.

Document sequences generate audit data, so even if documents are deleted, their audit records remain.


12. How to register a table in Oracle Apps?

13. What is anchoring and what are the different types of anchoring available?

An anchor defines the relative position of an object to the object to which it is anchored. Anchors are used to determine the vertical and horizontal positioning of a child object relative to its parent. Since the size of some layout objects may change when the report runs (and data is actually fetched), you need anchors to define where you want objects to appear relative to one another.
What are the various types of anchors in Reports ?                             A There are two types of anchors in Oracle Reports:
* implicit (anchors that Oracle Reports creates when a report is run)
* explicit (anchors you create)
What is an Implicit Anchor?
Implicit Anchors : At run time, Oracle Reports generates an implicit anchor for each layout object that does not already have an explicit anchor. It determines for each layout object which objects, if any, can overwrite it, then creates an anchor from the layout object to the closest object that can overwrite it. This prevents the object from being overwritten. The implicit anchor functionality saves you from having to define the positioning of each object. Implicit anchors are not visible in the Layout editor. However, you can specify that the Object Navigator display anchoring information using the Object Navigator Options dialog.
What is an Explicit Anchor?
Explicit Anchors : Create an anchor in the Layout editor by clicking on the Anchor tool, dragging from one edge of the child to the one of the parent’s edges, then specifying the anchor’s properties in its property sheet. Any anchor you create for an object will override its implicit anchoring. Explicit anchors are always visible in the Layout editor unless you specify otherwise via the Layout Options dialog