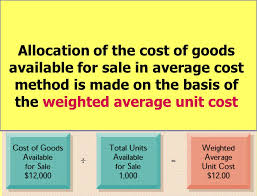 Asset Subinventory to Expense Subinventory
• In average costing, the accounting impact for such a move credits valuation accounts and debits expense accounts, writing off inventory to expense.

You use miscellaneous transactions to:
• Issue material from a subinventory to a general ledger account or to an account alias.
• Receive material to a subinventory from a general ledger account or from an account alias.
• Transfer onhand quantities into Oracle Applications from legacy systems and establish average costs via the same transactions.
Caution The system allows you to enter a transaction unit cost when performing a miscellaneous issue.
• Under average costing, you should not allow the transaction unit cost to be entered because entering a cost that is significantly different from the current average cost can cause large swings in the unit cost of remaining onhand inventory.
• Because the form used for entering miscellaneous issues is a folder form, the Unit Cost field is easily hidden, thereby prohibiting its use. If you choose to allow entry of the unit cost, impose tight security on its use for the reason stated
• Under average costing, you can enter a transaction cost for miscellaneous issues and for miscellaneous receipts.
• A transaction occurring at a cost other than the current average cost results in a recalculation of the item’s unit cost.
• A user-entered cost is apportioned to cost elements, based on the elemental breakdown of the current average cost. If no current cost exists, the entire amount goes to the material element (applies to receipts only).
Posted by Sekhar Byna at 2/26/2016 06:20:00 PM
Email ThisBlogThis!Share to TwitterShare to Facebook
Labels: Oracle Inventory
Newer Post Older Post