Home » Others » Special Edition :What is a Leap Year 2016
Others

Special Edition :What is a Leap Year 2016 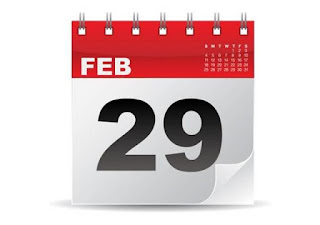 Leap months in other countries: A whole leap month is added to the Chinese calendar every three years. The leap month's place in the Chinese calendar varies from year to year, and 2015 was a leap year in the Chinese calendar.Hail Caesar: Julius Caesar introduced the first leap year around 46 B.C., but his Julian calendar had only one rule: Any year evenly divisible by four would be a leap year. That created too many leap years, but the math wasn't tweaked until Pope Gregory XIII introduced his Gregorian calendar more than 1,500 years later. There's a leap year every year that is divisible by four, except for years that are both divisible by 100 and not divisible by 400. The year 2000 was a leap year, but the years 1700, 1800 and 1900 were not. The added rule about centuries (versus just every four years) was an additional fix to make up for the fact that an extra day every four years is too much of a correction, according to ScienceWorld.
A leap year in the Ethiopian calendar occurs when an extra day is added to the last month of the year every four years.
Leap year traditions: It's acceptable for a woman to propose to a man on Feb. 29. The custom has been attributed to St. Bridget, who is said to have complained to St. Patrick about women having to wait for men to propose marriage. Patrick supposedly gave women one day to propose.
Leap year babies: People born on leap day are often called "leaplings" or "leapers." Most of them celebrate their birthday on Feb. 28 or March 1 on non-leap years.
Leap year capital: The twin cities of Anthony, Texas, and Anthony, New Mexico, are the self-proclaimed Leap Year Capital of the World. They hold a four-day leap year festival each leap year that includes a huge birthday party for all leap year babies.
Famous leapers: If you were born on leap day, you share a birthday with composer Gioacchino Rossini, motivational speaker Tony Robbins, jazz musician Jimmy Dorsey, actors Dennis Farina and Antonio Sabato Jr., and rapper/actor Ja Rule.
There's a leap year club: The Honor Society of Leap Year Babies is a club for people born on Feb. 29. More than 10,000 people worldwide are members.
And a leap year movie: Amy Adams and Matthew Goode starred in the 2010 romcom "Leap Year." It's about a woman who travels to to Ireland to ask her boyfriend to accept her wedding proposal on leap day, when tradition says that men cannot refuse a woman's marriage proposal.
Leap years in history: During leap years, George Armstrong Custer fought the Battle of the Little Bighorn (1876), the Titanic sank (1912), Benjamin Franklin proved that lightning is electricity (1752) and and gold was discovered in California (1848).
Content Courtesy  www.cleveland.com