Home » Others » Special Edition:Recruitment :The Emotions of a Candidate
Others

Special Edition:Recruitment :The Emotions of a Candidate 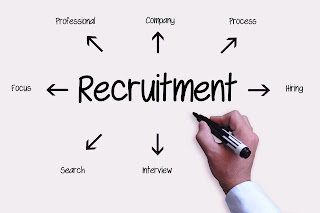 t's not only in the case of a HR or a Recruiter. It happens with the candidates as well. I have been looking for job since 8 months and have gone through couple of interviews in BIG MNCs, here are the results. 1. Company 1 - They took all the details on a phone call, then they asked for the suitable time to schedule interview, until today, they could not find a time to schedule.

2. Company 2 - I faced 5 rounds of interview and at last, I was said that Sr. Management, not able to fix a proper JD for the position, as a result, they are scraping the position.
3 - Company 3 - After 3 rounds of interview, the position was put on hold, stating they will come back in a month. Though, it's been 4 months passed, there is no update.

4. Company 4 - I was short listed for a Manual Testing position, as Sr. Manager Testing. After the interview, they said, they actually looking for someone, who is good in Automation. Though, I conveyed that I have 2 years of Automation Testing Knowledge, they came back saying, they are looking for some one, who has more than 2 years of automation knowledge, where as the JD did not have anything related to Automation.

5. Company 5 and 6 - I attended 1st round of interview, received mails, congratulating me, that I cleared the 1st round and they will be proceeding with Next round of interview. I have been following up every weekly once to find out the update for next round, where as their is no response to any of my follow up mails.
6. Company 7 - I was contacted saying, my profile has been short listed and the recruiting manager wants to have a Telephonic round to understand more about my skill sets, qualification, achievements, expertise...etc. Where as even after multiple follow ups, there is no response. And the recruiters and HR personnel say that it's frustrating, when candidates doesn't respond and there is no show. Isn't it, frustrating for a candidate, when there is no response from the recruiting team, even after multiple follow ups.